Skip to content
Home Cricket News I was in the zone to get 300, but unfortunately I didn’t

Team India batter Ishan Kishan created history on Saturday, December 10, shattering the record for the fastest double hundred in men’s ODIs. The left-hander clobbered 210 off 131 balls in the third one-dayer of the series against Bangladesh in Chattogram. His reached 200 in 126 balls, breaking the previous record for the fastest men’s one-day hundred with ease – Chris Gayle (138 balls).

Kishan and Virat Kohli (113 off 91 balls) added 290 runs for the second wicket as Team India posted a gigantic 409/8 after losing the toss and being asked to bat first. The second-wicket stand was broken when Kishan fell to Taskin Ahmed in the 36th over looking for yet another big hit.

Although the Men in Blue went on to register a compressive 227-run triumph, their third-highest win in ODIs by margin of runs, a hungry Kishan said that he could have even scored 300 had he batted on for a few more overs. 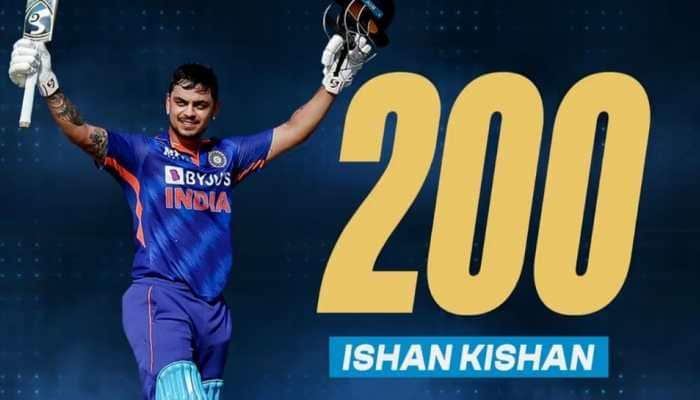 Speaking after winning the Player of the Match award, Kishan commented, “When I got out, 15 overs were left. That’s 90 balls. If you play 45 balls, it’s easy to get another hundred when you are that set. Bowlers are under pressure. I was in the zone to get 300, but unfortunately I didn’t… But it was special one to get my name up there with so many legend players.”

Asked how he approached his innings, the Jharkhand cricketer explained that he was not thinking about milestones and was only focusing on batting. Kishan stated, “I was just batting. I was just waiting for the loose balls to come. After a while I thought I am there now. When I was at around 95 or 97, I thought I will score my hundred. After that I was not batting for two hundred. I was just smacking the ball.”

Knowing very well that even a 200 might not be enough for him to seal his place in the ODI squad, the 24-year-old said that he was just focusing on the controllables. He explained, “I don’t think these things. All I can do is, whenever I get my chance, I want to do well. I don’t want to talk, I want to let the bat talk. Whether there is a place for me or not.”