Skip to content
Home Cricket News IND vs BAZ: “Washington Sundar Is The One For The Future, Boss, He Can Bat In Any Condition”


India will take on Bangladesh in the third and final ODI of the three-match series, which will be played at the Zahur Ahmed Chaudhary Stadium in Chattogram on Saturday, December 10. The hosts lead the series 2-0 and are going for a clean sweep, while the Indians are desperate for a win.

Former India cricketer Laxman Sivaramakrishnan praised Washington Sundar and predicted a bright future for the youngster. After returning to the Indian team from injury, Sundar has performed well with both bat and ball since the tour of New Zealand. He played an explosive role in the first ODI and scored a half-century in the third ODI in New Zealand.

He Is A Genuine All-Rounder – Laxman Sivaramakrishnan

Sivaramakrishnan labeled the Tamil Nadu cricketer “one for the future” and said Sundar’s international career would depend on how he is nurtured by the Indian team management.

“Washington Sundar is the one for the future, boss. He can bat in any condition. You can depend on him to get runs. In fact, he can bat at No.5, maybe No.6. He can be somebody like Hardik Pandya. Once he is set, he can score at a pretty good strike rate,” he said in a select-media interaction organized by Sony Sports Network.

He is a very efficient player and can stabilise things in the middle order. He is capable of bowling 10 overs economically but he needs to work on his wicket-taking mindset. He is a genuine all-rounder. It’s how you nurture him that will decide his future in the Indian side.”

This is India’s second consecutive ODI series defeat in Bangladesh. Earlier in 2015, the Bangla Tigers defeated the Men in Blue 2-1 in the ODI series. Washington Sundar has been brilliant with the ball and picked up wickets, but the left-hander will be slightly disappointed with his batting performances in both ODIs.

Also read: IND vs BAN: “KL Rahul Is Not A Very Experienced Captain, Especially At The International Level”- Wasim Jaffer Feels Rohit Sharma’s Injury May Have Had An Effect On Result 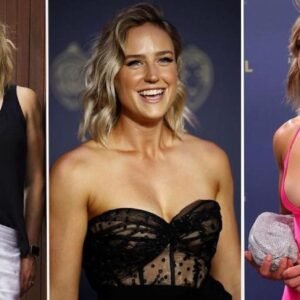 Australia women’s cricket team’s superstar Ellyse Perry has never opened up about her personal life. She has always kept it a secret away from the eyes of…