According to a report, both the South Asian nations will play three ODIs and as many T20Is between December 2022 and January 2023. After the New Zealand tour comprising 3 T20Is (won by India 1-0) and 3 ODIs (won by New Zealand 1-0), the Men in Blue will tour Bangladesh to play a white-ball ODI series followed by a Test series.

Meanwhile, In February 2022, Sri Lanka has already toured India. The Sri Lankan team played an all-format series against India in February-March 2022. The visitors got thrashed by the Indians in all formats of the game. India won the Test series 2-0 & T20I Series 3-0.

The Sri Lankan cricket board again wants to schedule a white ball tour. Meanwhile, so, the December-January window has been chosen for the Sri Lanka tour of India white ball games.

India are likely to be without the services of current T20I skipper Rohit Sharma and Virat Kohli, among others, in the next edition of the 2024 T20I World Cup, which would make up for a highly new-look side.

Virat Kohli rediscovered his best and was one of the standout batters of the T20 World Cup 2022, but is likely to call it quits on the shortest version, given the workload management and key assignments in the other two formats, including the 2023 ODI World Cup at home.

With the duo of Virat Kohli, and Rohit Sharma probably retiring from T20Is in 2024, the gates may open for Ishan Kishan, who will face tough competition from Ruturaj Gaikwad, though for the opener’s slot.

Ishan Kishan has amassed 589 runs from 21 T20Is including 4 fifties. His highest score of 89 came against Sri Lanka in February 2022. His competitor Ruturaj Gaikwad hasn’t tasted much success in T20Is managing only 135 runs in 9 T20Is averaging a mere 16.88.

Prithvi Shaw will face tough competition from KL Rahul for the opener’s slot. KL Rahul has played 72 T20Is managing 2265 runs averaging 37.75 including 2 tons and 22 fifties. KL Rahul though is aged 30 and Prithvi Shaw is aged only 23. Prithvi Shaw has played 6 ODIs and 1 T20I. He though, might get more chances in the future.

Prithvi Shaw has been in breathtaking form across formats in the domestic circuit. He scored 355 runs in six matches in Ranji Trophy and in seven matches in this Syed Mushtaq Ali Trophy, he amassed 285 runs at 47.50 and at a strike rate of 191.27. Shubman Gill, uncapped in T20Is,  is another option for the opener’s slot alongside KL Rahul and Ruturaj Gaikwad.

KL Rahul has played 72 T20Is managing 2265 runs averaging 37.75 including 2 tons and 22 fifties. He had scored two fifties in the T20 World Cup 2022 against Bangladesh and Zimbabwe but failed to cross double digits against heavyweight teams.

The pattern was similar in Asia Cup 2022, where he scored 62 against Afghanistan and 36 against Hong Kong but failed to score above 30 in other matches. He needs to regain his form before the 2024 T20 WC.

Sanju Samson debuted way back in 2015 in the shortest T20I format but has played only 16 T20Is, where he amassed 296 runs averaging 21.14. His only 1 fifty-77 came against Ireland. He will face tough competition from Rishabh Pant though.

Virat Kohli’s probable retirement from T20Is will open the gates for Shreyas Iyer, who has played 49 T20Is and has scored 1043 runs averaging 30.68. He has scored 7 T20Is including the highest of 74* against Sri Lanka in February 2022.

Suryakumar Yadav-the top-ranked T20I batter according to ICC Rankings is a man who can’t do any wrong in this T20I format and India’s own Mr. 360, is one of the most improved players and is going through a purple patch. He scored his 2nd T20I ton in the 1st T20I against the Kiwis, scoring 111* off only 51 balls at a strike rate of 217.65.

Since regaining his full fitness, Hardik Pandya has just been seen winning games single-handedly for India and is contributing in all three facets of the game. He provides the team with the necessary balance, i.e., the 6th bowler. The right-handed batsman,  a veteran of 81 T20Is has amassed 1160 runs averaging 25.78 besides picking 62 scalps averaging 27.34.

He had a fractured finger before England tour and had tested Covid-19 positive missing the South Africa tour as well. He had a pulled hamstring in India’s tour of Sri Lanka. He missed IPL 2022 as well due to split webbing and a finger injury. His shoulder injury ruled him out of West Indies and Zimbabwe tours.

After his impressive show with the ball in the Indian Premier League, the pacer got his India T20I call-up. However, after a short 3-match run, he was dropped from the team as he failed to leave a mark at the international level.

After missing out on last year’s 2021 T20I World Cup, Yuzvendra Chahal was included in the 2022 T20I World Cup but was benched throughout the event with Axar Patel and Ravichandran Ashwin being preferred instead. He has repeatedly proved his worth for India during the middle overs.

Ravi Bishnoi has played only 10 T20Is but may be recalled to the Indian squad for the Sri Lanka T20Is. He was named in the standbys for T20 World Cup 2022 and didn’t get a chance after the Asia Cup 2022 match against Pakistan where he picked 1/26. He has picked 16 scalps including a career best of 4/16 against West Indies in 10 T20Is averaging a mere 17.13 but hasn’t got too many chances after debuting in February 2022 against West Indies at home.

The 32-year-old pacer Bhuvneshwar was a part of India’s squad for the three-match T20I series against the New Zealand National Cricket Team, but he was not included in the ODI squad against New Zealand and Bangladesh.

Bhuvneshwar Kumar had an excellent Asia Cup 2022 where he was the leading wicket-taker with 11 scalps in 5 T20Is including a career-best of 5/4 against Afghanistan. 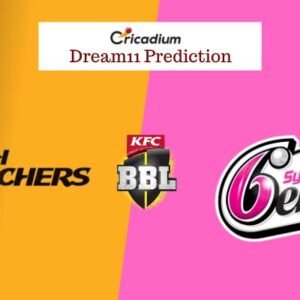 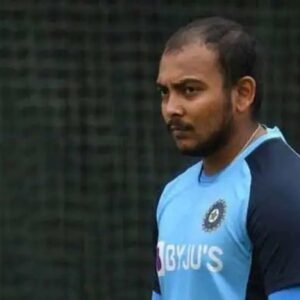 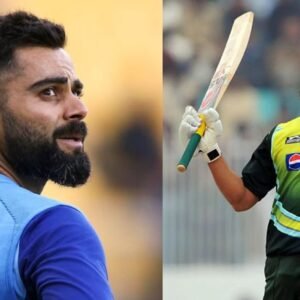