Although IPL 2023 auction will be a mini-auction, about 650 players are expected to be under the hammer. Currently, a total of 991 players have registered themselves for IPL 2023 auction. However, there are only 87 maximum slots left to be picked during the auction.

Also Read: IPL 2023: “Lucknow Super Giants Will Definitely Go For Ben Stokes, Only If They Don’t Get Him, They Will Go For Other Players” – Ravichandran Ashwin

All 10 franchises will take part in the auction. Every franchise has a total salary cap of Rs. 95 crores in the IPL 2023 auction. However, every team has also retained some players in their squad and hence, utilized some of their salary caps.

Also Read: IPL 2023 Auction: “I Will Bid For Him Only After He Confirms” – Ravichandran Ashwin On Cameron Green’s IPL Plans

In the IPL auction 2023, the Right to match (RTM) option is not available. Every team can pick a maximum of 25 players in their squad. Out of these, the team can only pick a maximum of 8 overseas players. Every franchise has to utilize 75% of its total salary cap. No purchases can be made beyond the salary cap.

Every team has a total salary cap of Rs. 95 crores in the IPL auction 2023. It is Rs. 5 crores more than the previous auction.

However, since all the 10 franchise has retained some players in their squad, they have used utilized some part of their salary cap. Below is the available salary cap of each team ahead of the IPL auction 2023.

All 10 franchises have retained a total of 163 players in their squads. Below are details of all the players retained by each franchise ahead of the IPL 2023 auction.

All 10 IPL franchises have released a total of 85 players from their squads. Below are the details of all the released players by the 10 teams.

Viacom 18 has digital rights for IPL 2023 in India and the Indian subcontinent. Hence, the Jio Tv app will present the live streaming of the auction. Since Star Sports is the official broadcaster, it might also present the match on its official app Disney+ Hotstar.

Rest of the World

A: IPL 2023 is yet to be played. The winner of IPL 2023 will be determined only after the tournament comes to an end.

A, IPL 2023 hasn’t started yet. The winner will be determined after the conclusion of the tournament. However, CSK, MI, KKR, RCB, GT, LSG, and RR will be the favorites to win the title.

A. Yes, MSD will be playing in IPL 2023 for Chennai Super Kings.

A. CSK will look to strengthen the side first in the auction. The tournament strategy will be formulated after the IPL auction 2023 happens.

A. The IPL 2023 schedule hasn’t been announced yet. However, the tournament is expected to start in the first week of March 2023 as BCCI has now managed to get a 2.5-month window for the tournament from ICC in the FTP 2023 onwards.

A. The IPL 2023 schedule hasn’t been released yet. 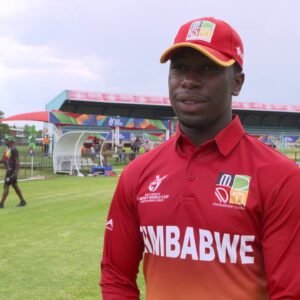