On CT (Crypto Twitter), rumors are making the rounds about alleged problems at the world’s largest crypto exchange Binance.

Rumors are currently rampant about payout problems, dwindling reserves, investigations by the US Attorney’s Office for money laundering and sanctions violations, and a proof of reserves that is meaningless.

But what is true and what are just rumors or even false claims? Is it the latest attempt by Sam Bankman-Fried to spread FUD or does Binance have serious problems?

One thing in advance to reassure you. Right now, almost all rumors can be dismissed as FUD based on facts. However, as Bitcoinist reported yesterday, the crypto community should not be satisfied with the current proof of reserves by Binance.

What Is Binance Accused Of?

The rumors currently circulating on Twitter, but also partly spread by the mainstream media, are manifold.

One alleged problem are withdrawals that have been halted for certain cryptocurrencies. Travis Kling of Ikigai Asset Management, for example, wrote that it is “super super dubious” that exchange “just” suspended USDC withdrawals on ETH and BNB chains.

“Given the circumstances, this is the last thing you want to see,” Kling said. CEO Changpeng Zhao, however, was quick to get the record straight that it was planned maintenance.

“Yo, what’s with all the FUD? This maintenance was announced a week ago. Also done now. All resumed,” CZ wrote.

Just a few minutes ago, PeckShield Alert reported that it seems like Binance has suspended USDC withdrawals for ETH/BNB/TRX. CZ responded that the exchange has seen an increase in USDC withdrawals.

“However, the channel to swap from PAX/BUSD to USDC requires going through a bank in NY in USD. The banks are not open for another few hours. We expect the situation will be restored when the banks open.”

“CoinMamba”, a Twitter crypto analyst with 280,000 followers, has accused CZ of “closing” his Binance account for disagreeing with his critical tweets. However, this too seems to be more FUD and a user issue, rather than a red flag.

The Twitter account of the exchange wrote that the analyst’s account was put into a payout-only mode after a heated argument ensued. However, Binance’s publication of the private messages was a move that drew criticism from CT.

It appears you are still confused in regard to the reason your account was put into withdrawal-only mode. @CoinMamba, here is a screenshot of your conversation with our CS agent. pic.twitter.com/Na2MagN6Dy

An explosive rumor is also the fading confidence in the centralized exchange, which is said to be revealed by supposedly dwindling reserves and an impending bank run. But this story, too, seems to be more FUD than truth at the moment.

Despite all the FUD, Wintermute Trading has withdrawn about $153 million USDC from Coinbase and transferred $149.85 million USDC to Binance in the last few hours.

As data analytics service Lookonchain reports, this is not a daily operation by Wintermute. The last time it transferred USDC to Binance was 20 days ago.

The Twitter Karl has nevertheless shown a graph that Binance’s reserves have become somewhat less. They have shrunk by $3 trillion, to $63.5 trillion, according to DefiLlama data.

Binance exchange reserves are down $3bln in the past 24 hours, sitting now at $63.5bln pic.twitter.com/C1prHOF9gW

Another rumor is coming from mainstream media. In an article “Justice Dept is split over charging Binance as crypto world falters,” Reuters reported Binance is a site for illegal activity, since its inception in 2018.

The Twitter account of the exchange clarified, “Reuters has it wrong again. Now they’re attacking our incredible law enforcement team. A team that we’re incredibly proud of – they’ve made crypto more secure for all of us.”

In a blog post, the team wrote that it has “strengthened and expanded” its relationships with law enforcement agencies around the world over the past year.

This has resulted in the Binance team responding to more than 47,000 law enforcement requests since November 2021.

Further, the exchange increased its security and compliance staff by more than 500%, and became the first crypto company to join the National Cyber-Forensics and Training Alliance (NCFTA), according to the statement.

Based on current information, it appears that disagreements between U.S. Department of Justice prosecutors are delaying the conclusion of a long-running criminal investigation against Binance.

The investigation began in 2018 and focuses on Binance’s compliance with U.S. anti-money laundering and sanctions laws. The charges are unlicensed money transmission, money laundering conspiracy, and criminal sanctions violations.

No final decisions have been made yet. The DOJ could bring charges against Binance and its executives, negotiate a settlement, or close the case without further action.

At press time, the BNB was facing pressure from the rumors and overall market conditions, trading at $263.5. 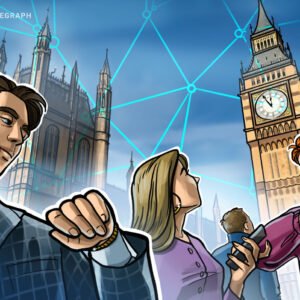 The Bank of England (BoE) and U.K. Treasury are gearing up plans to create a digital currency that could “provide a new way to pay” without necessarily… 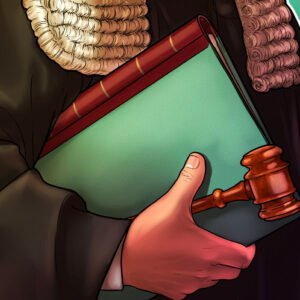