Arsenal have been rocked by the news that starring talisman Gabriel Jesus will face months out of action after picking up a knee injury against Cameroon whilst on 2022 World Cup duty in Qatar, with Brazil.

Jesus, signing from Premier League champions Manchester City in a £45m deal this summer, arrived at the Emirates Stadium with a heap of expectation on the level that he would bring to the club, and he has ticked the boxes in resounding fashion.

The five goals and seven assists that he has brought to north London since his move only shed light on half the story, with his dynamic, versatile approach to his forward play and his seamless ability to conduct the team’s forward pushes resulting in a new sheen of slick cohesion.

Such newfound fluidity has been a defining factor behind the excellent form that has seen an ascension to first place in the Premier League; after 14 matches played, the club perch five points above nearest rivals Man City.

Regardless, Jesus will miss the action for the foreseeable future, and Gunners boss Mikel Arteta might now turn to another summer signing who has not yet quite hit the ground with full impact.

The 22-year-old Fabio Vieira, who arrived from FC Porto in a £34m deal, has displayed glimpses of brilliance since his arrival, but has enjoyed more success in the Europa League than on the domestic front thus far, only starting one match in the Premier League, although he did score in that fixture – a 3-0 rout over Brentford.

Nonetheless, he has made 15 appearances across all competitions, scoring two goals and registering two assists and is slowly integrating into the side, and while the absence of Jesus comes as a major blow to Arteta, it provides the perfect opportunity for the Portuguese maestro to demonstrate why he deserves more game time under his Spaniard manager’s tutelage.

In the Europa League, the 22-cap U21 Portugal star has achieved an average rating of 7.15, as per Sofascore, averaging 2.0 shots and making 1.8 key passes per game to complement the laudable 91% passing accuracy.

And as per FBref, Vieira’s deployment high up the pitch has provided his team with excellent frontal charge, evidenced by his rank within the top 5% for touches in the attacking penalty area and the top 7% for progressive passes received out of midfielders in Europe’s big five leagues over the past 12 months.

If Vieira can continue to make the increments towards earning a regular starting role in Arteta’s thriving team, putting his “velvet left foot” – as praised by Joe Cole – to good use, then he will swiftly work his way up the ranks and etch his name into prominence, dazzling with a melange of attributes that can split defences apart and leave defenders plummeting to the ground after being bested by his trickery.

Jesus’ injury does indeed come as a big blow, but with the likes of Vieira waiting in the wings, there is plenty to remain positive about at the Emirates Stadium. Arsenal are on the rise, and their Portuguese summer signing can greatly contribute toward the ascension. 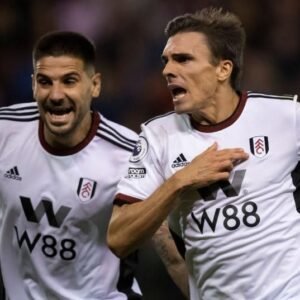