Two sides who mark their return to action this weekend battling it out at opposite ends of the Championship table, Sheffield United will host Huddersfield on Saturday afternoon.

Starting with the hosts, while Sheffield United might have failed to secure a Premier League return last season, the Blades appear well-placed to go one step further this time around. Last seen heading into the World Cup’s festive break with a rugged 1-0 victory away at Cardiff on November 12th, Paul Heckingbottom’s men have continued to gain a string of plaudits from across the Championship since opening the 2022/23 campaign. Marking their return to action on Saturday afternoon holding a two-point buffer in the automatic promotion places, fans around Bramall Lane should find the mood in their camp at a real high. In fact, on a run that is highlighted by a stellar 5-2 win against Burnley last month, Heckingbottom’s side had taken 12 points from their final five second-tier showdowns. Although United might have shown some extended inconsistencies on home soil this season, they should be smelling a golden chance here.

As for the visitors, while Huddersfield might have punched their own play-off ticket last season, the Terriers have really come crashing back down to earth this time around. Marking their return to action sat rock-bottom of the Championship table and already five points adrift of safety, Mark Fotheringham knows that he has a real challenge on his hands. Although the Yorkshire-based outfit might have been last seen in second-tier action playing out a 0-0 stalemate at home against Swansea on November 12th, they have recorded just a pair of wins from any of their previous eight Championship battles. Likewise, drawing a blank in three of their last four outings, it should be noted that Huddersfield hold the worst-attacking tally in the division. Two sides who find themselves battling it out at opposite ends of the table, we’re backing a home victory for the promotion contenders this weekend. 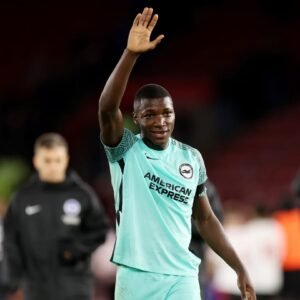